In an 1897 letter to Wilhelm Fliess, Freud advanced his hypothesis to account for “…the riveting power of Oedipus Rex”—… 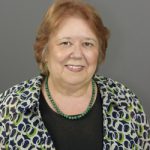 Welcome to “Stories of Oedipus”. Over the course of the next two presentation evenings my colleagues and I will be musing with you on the play, Oedipus Rex, written by the great tragedian of the ancient Greeks, Sophocles…

Stories of Oedipus – Jackie Herner – The Ballad of Oedipus

Well, once upon a time I visited the oracle of Delphi I was seeking peace of mind, I was trying to find myself, I guess. Instead I got a curse, and even more, what’s worse, I can’t reverse this mess… 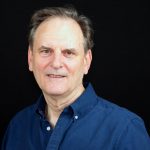 Stories of Oedipus – Sharon Bedard – Why Cant I Think 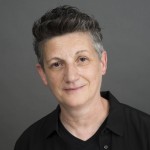 It seems to me that if I am to do justice to what I believe is Sophocles intent in writing Oedipus Rex, Oedipus at Colonus and Antigone, and if I am to be truly honest to the experience of being…

In his plays, Oedipus Rex and Oedipus at Colonus, Sophocles undertakes an exploration of the ancient myth, I believe, to find the true answer to the riddle of the Sphinx… 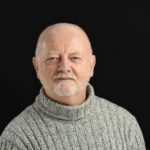 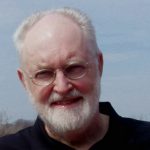 In the summer of 1961, I was a Benedictine monk in St. John’s Abbey, Collegeville, Minnesota, studying for ordination as a Roman Catholic priest…

Models of the Mind

Huna is the name used to designate the magico/religious system developed in Hawaii. This system was studied by Max Freedom Long over many years and he published several books describing its theory and practice…

The pain of loss is an inevitable part of the human condition. Mourning is the natural response…

Photography, as a visual medium, is often understood to be capturing something “out there”…

It is a great honor to give the keynote address on the occasion of the 10th anniversary of The Society for Daseinsanalysis in Canada. As an early member of the Daseinsanalysis concentration…

Thinking with Paula’s Paper (A Response to “Evermore Now: Daseinsanalysis and Early Development”

If responding is somehow to answer or call again to someone, then, Paula, I have already responded to your paper: having called you again and again B long-distance and late-night B during the energizing process of…

Sexuality is a psychodynamic creation and a provisional proposition…

1900—The Dawning of Psychoanalysis

Narrator: We meet to ask again: what is psychotherapy? Some of you here are at the beginning of your training, others are well into it, and still others “out there practicing”. It is such a pleasure to have this day of conversation… 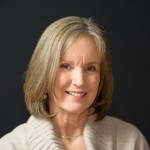 “OUTSIDE THE PROVINCE OF REASON“ by Ursula Carsen

Intuition, its mechanism, how it works and why, has occupied my curiosity ever since my mid teens. I realized early in my youth that I “knew” things…

“TO SEE THE WORLD IN A GRAIN OF SAND, MOMENTS OF MEETING IN PSYCHOTHERAPY.”

It is about pre-verbal and unconscious communication with infants and within a psychotherapy. He also speaks about the psychobiology of intersubjectivity…

This paper is about Jewish Mysticism, The Kabbalah and Psychotherapy. Psychoanalysis and the therapeutic exploration of the unconscious…

This paper speaks to the neurobiology of love, how the emotional mind transcends the dualism separating its psychological and biological aspects…

IS INTUITION THE UNCONSCIOUS GOD?

This paper written by a practicing psychotherapist explores the themes of mystic enlightenment, Zen Buddhist contemplation and psychoanalysis…

THE ARMS OF UNKNOWING: Illness as Opportunity

This presentation is a tribute to one woman’s courageous struggle with cancer, her passage through the darkest corridors of the soul and how for her, night turned into the dawn of psychological and spiritual transformation…

Depression is a vast topic and can be discussed from a wide range of perspectives. I have narrowed my focus to psychoanalytic writings, specifically those that have depression as their primary subject…

PSYCHOTHERAPY AND BUDDHISM: AN UNFOLDING DIALOGUE 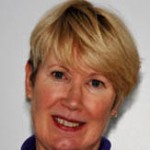 THE WALLPAPER PEOPLE: PSYCHIC FANTASY AS GUARDIAN OF TRAUMA OR AGENT OF TRANSFORMATION

Compassion and power, within us all reside the tension of these two opposing forces. Compassion is connection, empathy, merger, oneness with the other. It can also be a trap, a burden. Power is the innate drive to break free and individuate…

JOURNEY TO THE HIMALAYAS: MEETING MY GURU

This morning I got up early to meditate. It is Sunday December 28, 2008, just a few days after Christmas. I am in my third floor studio. I look out of the window-facing west and see an enormous rainbow…

CTP PANEL PRESENTATION: WHAT IS PSYCHOTHERAPY?

I wish to make a kind of plea for madness, and so I think I should first attempt to state clearly what I am talking about…

In 1897, Sigmund Freud began writing what to the end of his life he considered his greatest work, The Interpretation of Dreams. If we are to mark a beginning of the psychodynamic tradition…

LISTENING TO FIRE: THE POETRY AND SCIENCE OF MEDITATION

This presentation is divided into three sections: Oneness: the emptiness of all forms that is absolute fullness…

LISTENING TO FIRE: THE POETRY AND SCIENCE OF MEDITATION – PART TWO

Models of the Mind by Adam Crabtree (RTF)

Risky Relating, Stories and Transformation: Humour in the Work of the Actor, Robin Williams

Shortly after being invited to speak today, while I was reviewing Robin Williams’ films and seriously considering Moscow on the Hudson and One Hour Photo…

My journey into this theme of ‘the other’ began with my choosing of two foreign films to explore. Both of these films, one from Russia and one from New Zealand are quite unlike the mainstream Hollywood thrillers…

The Birds by Jacqueline Herner (RTF)

Under the Volcano by Frank Cherry (RTF)

When my daughter, Simone, was two, a babysitter she really liked gave her a small rubber Bugs Bunny that McDonalds was handing out with “happy meals”. It was an excellent little maquette of Bugs, and Simone adored it…

Papers from the What is Psychotherapy Day

The Moral Journey in Psychotherapy

The reflections I offer here are thoughts arising out of a long practice of psychotherapy and some teaching of psychoanalytic theory. As a therapist I am constantly attentive to how people imagine themselves and their lives…

The Body in Psychotherapy

I want to divide the morning into three parts: 1) I want to discuss our language about the body. This will move us into some reflections about the psychoanalytic theories and indeed some criticisms of them…

Our Psychotherapy in Ontario

In February of 2005, the Minister of Health and Long-Term Care, the Honorable George Smitherman, asked HPRAC to investigate whether psychotherapy ought to be included among the regulated health professions….